Museums, nightclubs and karaoke bars have closed in and around South Korea’s capital as a cluster of Covid-19 cases has raised alarm of a new crisis.

Tuesday saw a three-digit increase in cases for a fifth day after weeks with numbers generally around the 40s.

South Korea is viewed as one of the world’s coronavirus success stories for its management of the disease.

But a spike in new cases linked mostly to a church has sparked concerns of a wider outbreak.

The country recorded 246 new infections on Tuesday, bringing the nationwide total to 15,761.

Many of the new cases have been linked to the Sarang Jeil Church, whose pastor has been a vocal critic of President Moon Jae-in. 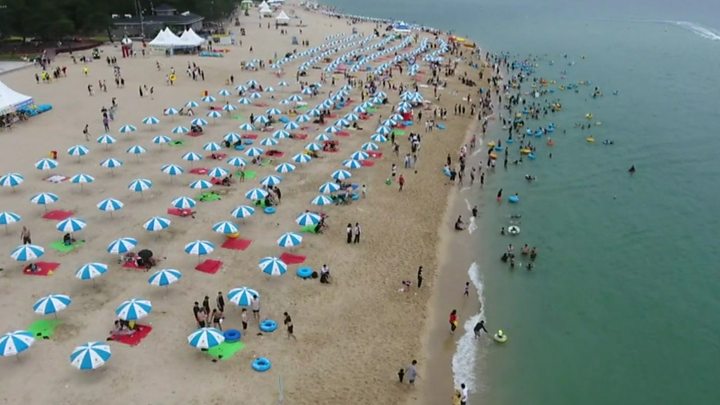 The cases have renewed fears over a previous outbreak at another place of worship, the Shincheonji Church of Jesus, which was identified earlier this year as South Korea’s biggest virus cluster.

The controversial group was found to be linked to more than 5,200 cases.

At least 457 infections have been linked to the latest Sarang Jeil Church outbreak.

Ten of these new cases were confirmed to have attended anti-government demonstrations on the past two weekends in Seoul, Reuters reported on Tuesday.

Authorities have already banned all in-person church services as they try to trace congregation members to ask them to self-quarantine and get tested.

“We’re facing a crisis where if the current spread isn’t controlled, it would bring an exponential rise in cases, which could in turn lead to the collapse of our medical system and enormous economic damage,” said Jeong Eun-kyeong, director of Korea Centers for Disease Control and Prevention, earlier this week.